Temperature Imbalances between Floors of Home 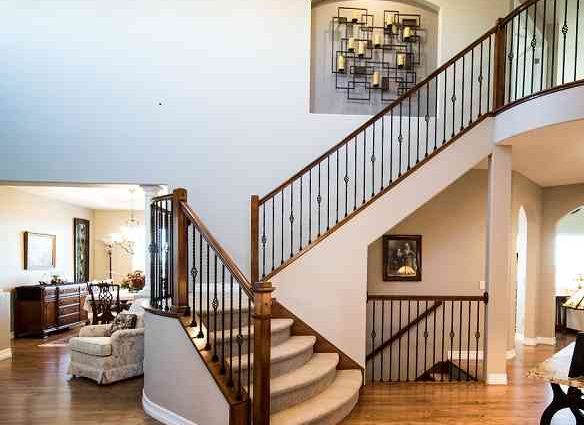 The Primary Causes of Temperature Imbalances

Temperature imbalances and differences between the floors of homes is quite a common and frustrating problem. The notion that the upper level of the house is hot during summers and cold during winters. Compared to the lower level is due to poorly designed houses. The differences in temperature between floors can be indicative of other underlying problems. Such as leaky ductwork, lack of proper insulation, wrong-sized ductwork or HVAC, the rise of heat in multi-level buildings, limited effect of thermostats, and the extensive distances of rooms from cooling and heating units.

The lack of proper insulation is most common in older houses as well as the houses with thin walls. A home where heat or cool air is not retained causes energy waste in trying to condition the whole house. Even if the problem is restricted to one room. The time taken in running a cooling or heating system is long and expensive in the long term. Improperly sized HVAC or ductwork can reduce the level of airflow needed. Because it causes an imbalance in the cooling and heating of homes, thus damaging the system in the long run.

The cold months can cause improper air flow causing the evaporator of the system to freeze up. On the other hand, the system overheats and may fail too early during warmer climates. In a typical multiple-story home, the upper levels are warmer up to 8-10 degrees. This is because heat travels from lower to higher levels. Moreover, a single thermostat is usually not enough to properly work for the distant rooms of a house. Location of the rooms and the number of windows determine the levels of warmness. Rooms and windows facing the sun all day would naturally be warmer.

These problems can be solved by finding the sources of leaks and sealing them properly with duct tape. Better insulation system can be installed. For example, the use of attic insulation helps minimize the temperature difference of the upper level from the bottom level. Better insulation also helps deal with leaks and reduces the negative impact on the environment. A second HVAC system and a room zoning system can be added. To gain better control over temperatures of each level of the house.

To receive a free attic insulation assessment. Please call our offices at 816-287-4107 to speak with an experienced insulation technician.

Ben Fetzer Ben Fetzer, is the founder and owner of Fresh Start Restoration of Kansas City. He is passionate about informing and educating you the customer. By providing you with insider industry information, he empowers you with knowledge and tools to properly compare companies and spot unethical sales practices. Which unfortunately is far too common in the mold remediation industry. By sharing stories and providing professional tips he gives you the ability to make the right decision for your mold problem! Ben is an experienced mold expert with over 15 years in the cleaning & restoration industry! He has received official training and certifications from the IICRC, ICRA, and NORMI. His history of high integrity and superior quality has made him a leader in the remediation industry. Thereby giving customers outstanding customer experience! Which has resulted in a long history of consistent 5-Star customer ratings since the company began in 2008!