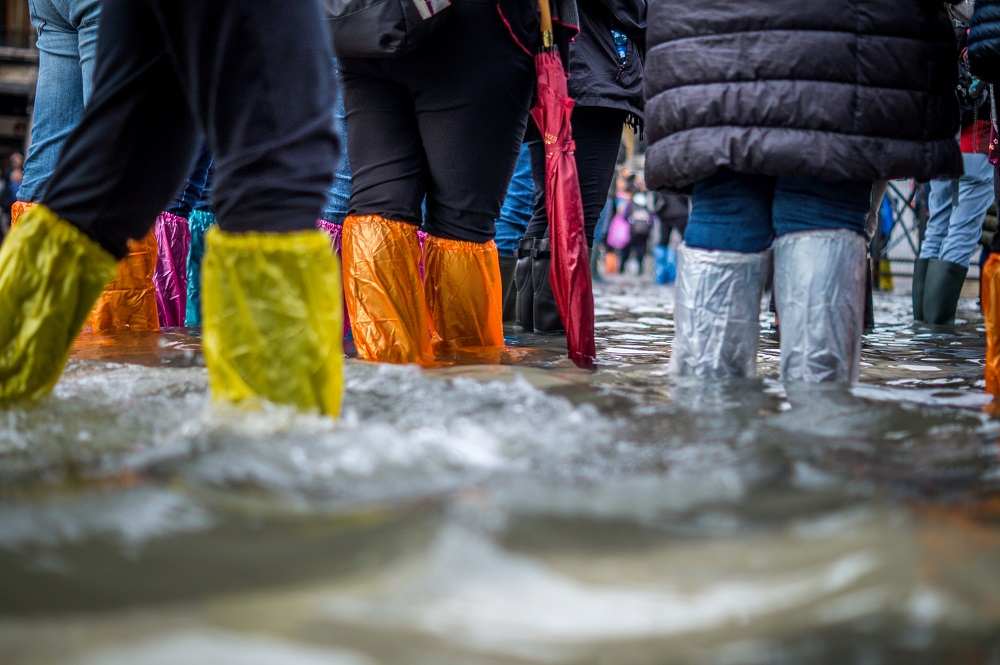 Winter flooding may sound like an oxymoron. However, flooding can occur in the winter. When water drainage is altered and the ground is over-saturated with water. Hence large amounts of water remain on the ground for longer periods resulting in winter flooding. The most common areas prone to flooding in a home are the basement and the attic.

During winter the probability of having snowstorms is high. Because the large amounts of the snow pile up within homes and gardens. When the melting of the snow starts then the problem of flooding is likely. The winter always leads to the ground to freeze and get over-saturated with water. Hence no more water can penetrate the ground. Causing accumulation of water o the surface that results in winter flooding. Snow heap within the most unlikely places. For instance around the foundation walls. Hence after melting there is a surge of water right next to the foundation. Also, if your yard is graded improperly. Sloping at a negative grade against the foundation. There is nowhere for the snow to go and compounds the flooding problems.

During winter, pipes within the coldest areas of a home are prone to freeze. Like the attics and basements where water lines run. Especially water lines that are located close to exterior walls. When freezing occurs within water pipes pressure builds up hence causing a pipe to crack or burst. Water will come out from the pipes. This may be in large amounts if melting occurs. Hence the possibility of winter flooding. It is vital to prevent the pipes from freezing. By thoroughly insulating and maintaining warm temperatures within the house. Additionally, keep an eye out for such pipe bursts, so that that you can immediately hire a plumber and get it fixed to avoid flooding. You might want to have their contact in advance by looking up on the internet for ‘plumbing services Sydney‘ or ‘plumbers near me’ which could help in contacting them easily.

When rivers are exposed to long cold periods the likelihood of freezing of the water surface is high. This occurrence leads to ice jams that form a breeding ground for winter flooding. Flooding may occur during the melting of the ice.

Apart from ice jams that clot the rivers. Ice dams may occur whereby melting ice and snow may refreeze within the eaves of the roof. When warm air rises to the attic melting can occur resulting in a pool of water trapped in the attic. Melting and refreezing continues within the roof shingle. Apart from resulting in floods, the ice dams can lead to other damages. Like rotting of ceiling and growth of mold within the house.

High strong winds can cause and accelerate flooding during the winter period. High winds lead to wide-spread tidal flooding and also encourage erosion of the beach. When the winds are strong enough, then they may raise water levels. Because storm surges can result in flooding. Strong winds accompanied by snowstorms (blizzards) are enough to cause flooding. Flowing into homes when an increase in temperatures leads to the melting of the snow. It is important to employ preventive measures that prevent winter flooding within the home. Homeowners predisposed to winter floods can seek insurance coverage that will help in repairing their homes in case of damages.